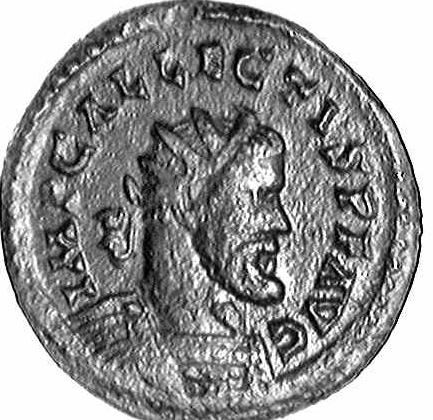 Soon after Constantius I Chlorus was appointed Caesar by his father-in-law Maximianus Herculius in 293, he moved his army straight way into northern Gaul where he overcame the forces of his foe the Britis h usurper Carausius at the Battle of Boulogne. Probably soon after the fall of the city, the defeated usurper was murdered by his rationalis summae rei Allectus who then seized his throne which he held for three more years. In 296, Constantius and his praefectus praetorio Asclepiodotus each took a fleet and headed for Britain; although some of the Caesar's fleet seems to have turned back because of inclement weather, Asclepiodotus' forces succeeded in landing on the English coast with the intention of taking London. In order to stop the praetorian prefect's advance on his capital, Allectus engaged his opponent and, during the ensuing battle, perished. Subsequently some of the Caesar's forces, which had become separated from his fleet, landed on the coast, marched on London, and slaughtered the remainder of the fleeing army of Allectus.