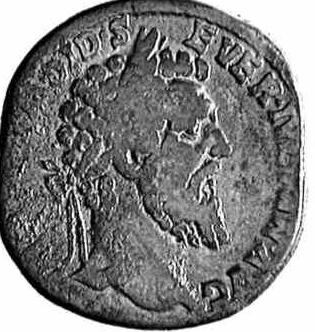 Nominally emperor for two months, Marcus Didius Severus Julianus had an authority that hardly extended beyond Italy or even Rome itself. Didius Julianus would gain historical notoriety only for the means by which he became emperor, by winning the bidding at what has been called the "Auction of the Empire."

Didius Julianus was born 29 January, probably in Milan and in the year 137. Typical of the international elite coming to the fore in the Antonine age, he is said to have been the offspring of a multicultural marriage. His father's family were from Milan, while his mother's family came from Hadrumetum in Africa (modern Sousse, Tunisia). On his mother's side, Didius Julianus was related to the prominent Antonine jurist and consul Salvius Julianus, and the young Didius Julianus also enjoyed the support of Domitia Lucilla, the mother of the emperor Marcus Aurelius.

Didius Julianus had a prominent career, rising steadily through the ranks of important administrative positions, including several provincial governorships. In the reign of Commodus, Didius Julianus was briefly exiled to Milan after being accused of involvement in an earlier plot against the emperor, but Didius Julianus was acquitted and soon returned to favor. His later career closely matched that of the equally prominent Pertinax. Pertinax was even said to have once called Didius Julianus "my colleague and successor" -- "colleague" referring to their holding suffect consulships at the same time; "successor" referring to Didius Julianus replacing Pertinax as proconsul of Africa. Those who heard the comment would later understand it as prophetic.

The prestige Didius Julianus acquired from his offices did not translate into respect from his fellow senators. He had the reputation of a sensualist and a spendthrift. He was not viewed as a natural leader. Events would reveal him an opportunist.

When the emperor Pertinax was killed trying to quell a mutiny, no accepted successor was at hand. Pertinax's father-in-law and urban prefect, Flavius Sulpicianus, entered the praetorian camp and tried to get the troops to proclaim him emperor, but he met with little enthusiasm. Other soldiers scoured the city seeking an alternative, but most senators shut themselves in their homes to wait out the crisis. Didius Julianus, however, allowed himself to be taken to the camp, where one of the most notorious events in Roman history was about to take place.

The senate duly confirmed the promotion, but disturbances broke out in the city, the crowds calling on Pescennius Niger, the governor of Syria, to return to Rome as the new emperor. Niger was not the only alternative. Shortly after the death of Pertinax became known, two other provincial governors also declared themselves emperor: Clodius Albinus in Britain, and Septimius Severus in Upper Pannonia.

Severus was the nearest to Rome and the most immediate danger. Didius Julianus sent threats and assassins to no avail, and the envoys he entrusted to negotiate with Severus kept defecting to his rival's side. Severus entered Italy without resistance and quickly seized Ravenna. Didius Julianus tried to fortify the city of Rome but the results were risible.

The authority of Didius Julianus even within Rome was rapidly deteriorating. Severus was able to send messages to the praetorians, who soon announced to a consul that they were complying with Severus' orders. The senate then met to proclaim Severus emperor and a death sentence on Didius Julianus. That day, 1 June 193, Didius Julianus was executed in the imperial residence. He reigned for sixty-six days.

Because he was proclaimed by the senate in Rome, Didius Julianus was accepted in the historical tradition as a legitimate emperor, even though Severus and others considered him little more than a usurper who took advantage of the situation in Rome after the murder of Pertinax. How Didius Julianus seized the throne, through the "Auction of the Empire," proved the most memorable event in his two-month reign. 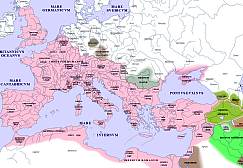